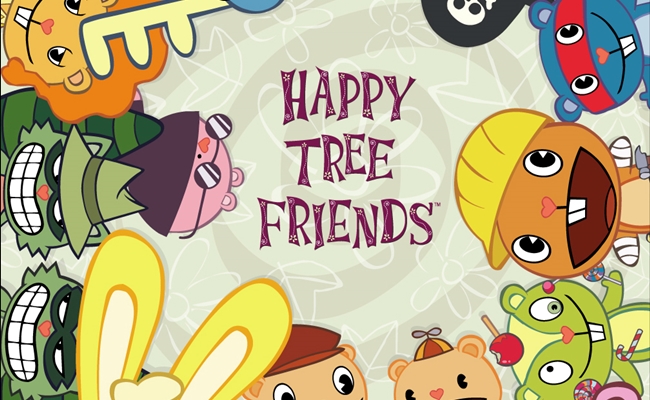 The Happy Tree Friends is a very funny, though very violent cartoon that Jerome has worked on since 2005.

Jerome began creating the background music starting at Episode #51, and wrote the music score for the broadcast season, which is currently available for viewing on Youtube, Netflix and Amazon. To date, the episodes that Jerome has worked on have generated over 400million YouTube views.

The following cartoons are not meant to be viewed by children! If you are under 12 years old, run, (don’t walk!) to your nearest television, and please watch something else!

Dream Job, Episode #86
This one has some really fun, fast musical changes to it. Seldom do I get a chance to work on one project that moves so quickly from genre to genre – from French accordion, cheesy game-show, to new age meditation!

I Nub You, Episode #66
At right about the 1:00 mark, there’s a wonderful, sweet montage scene showing the newly forming love of Petunia and Handy. This music harkens back to the music of the 1970s and Burt Bacharach.

Vicious Cycle, Episode #83
This was originally made for Halloween 2013. Based on the color palette the animators used, and the way narrative came together, I decided to use some Bernard Hermann references (he’s the guy who wrote most of the great Alfred Hitchcock films): vibes, muted horns, dark and dissonant chords. I also got a chance to incorporate a quick 70s TV cop show vibe. It’s animation, so nothing lasts for more than a few seconds!