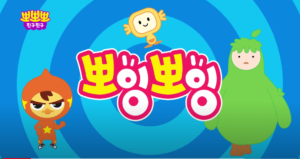 Featured Music – ABC Songs for Popopo I had a fun time working on a series of 13 songs, teaching the ABC’s to kids in Korea. The songs are currently being broadcast on the show “Popopo”, a children’s show that has been airing for 32 years on MBC in South Korea!

Here are a few of the songs:

Featured Music – Math Tango 2: StarbaseI had the great pleasure of working with Originator Kids and Intonic, creating music and sfx for Math Tango 2: Starbase. This math app focuses on multiplication and division with the help of some seriously fun space music; and you get to interact with some really great monsters and robots.

Here are some in-game videos:

Songs With Kids By Kids

These songs are written for kids, with kids. The lyrics to this song were written by an entire school, K-5.

Advertising
Freshmade works closely with advertising agency teams, including copywriters, art directors and producers to create customized music for broadcast, internet and radio spots. Freshmade has worked with SS+K (NYC), Goodby, Silverstein and Partners and Draft FCB. The following videos are an example of Freshmade Music.

Obama for America – “For All”

Fusion Network “As American As”