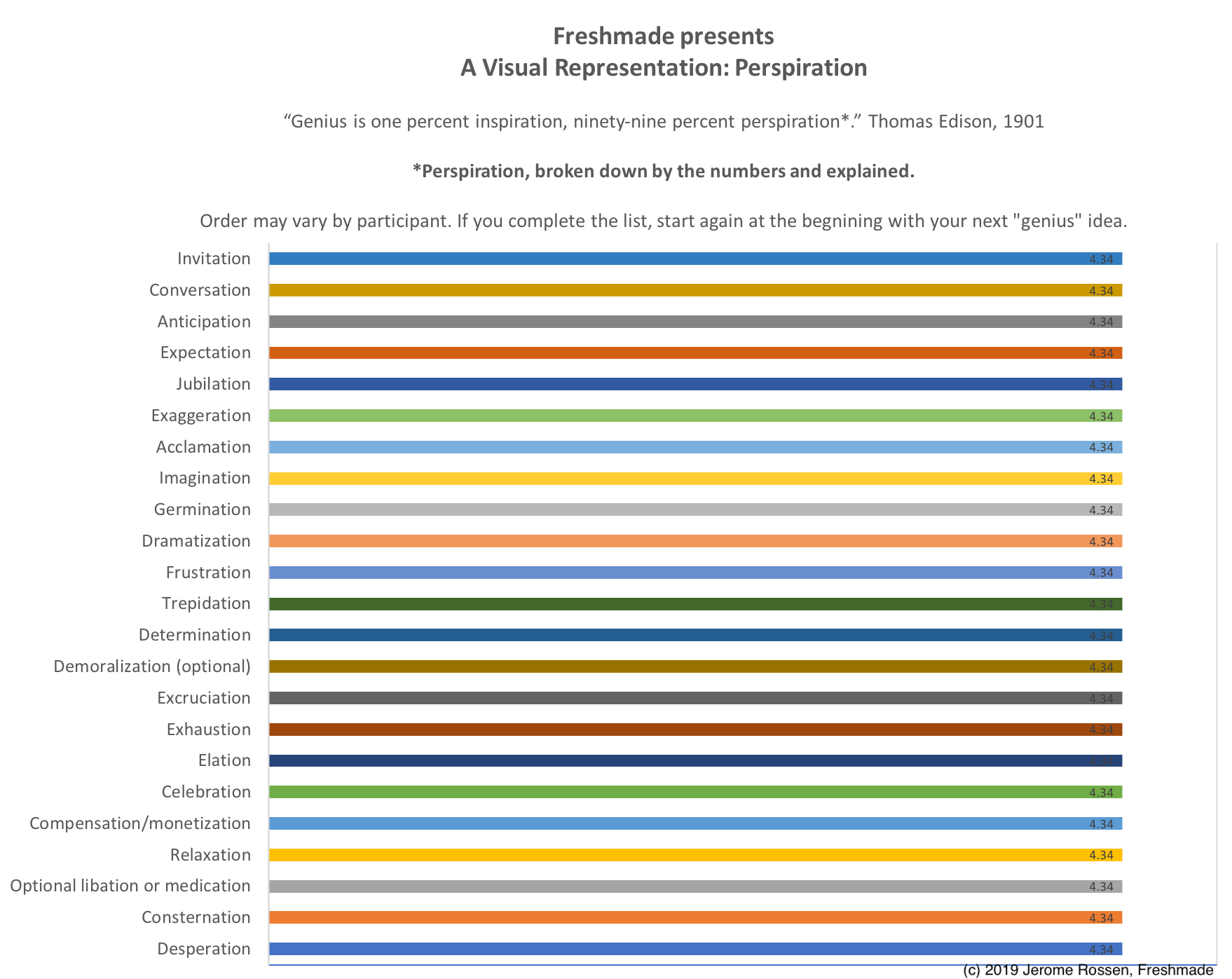 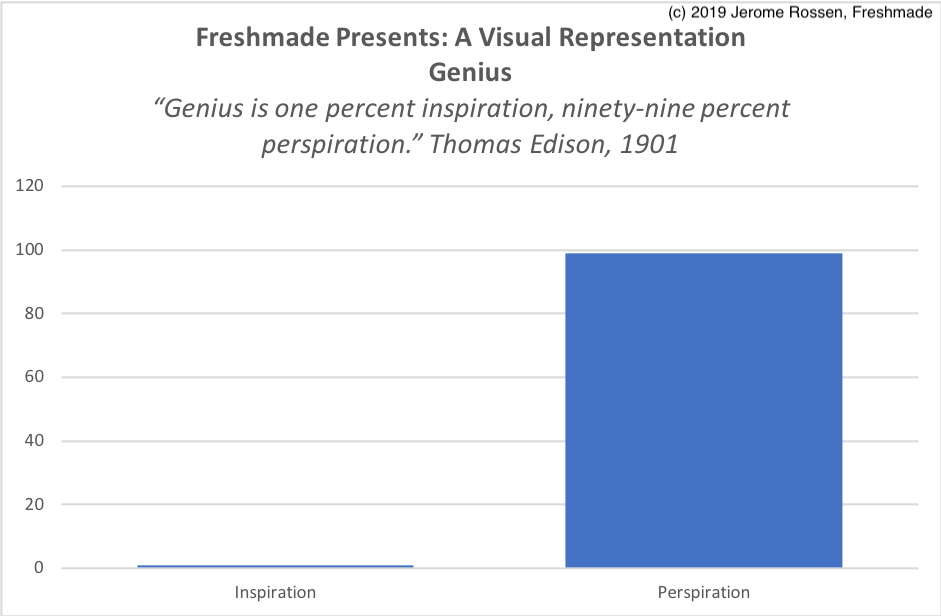 Over the last few years I’ve attended a couple audio and music industry conferences where I’ve participated in panels discussing careers and networking. Here is a question that has come up a few times…

Allen (who’s name I have changed) asks: “I’m a musician, engineer, producer, sound designer and songwriter. I’ve had a job assisting an engineer for a couple years, but I’m not sure I want to keep doing it. I think it might take a couple more years until I’m sitting in the engineer chair, but I don’t know if I want to wait that long. I think I may want to do something that feels more creative. What should I do? How can I do all of those things?”

My answer… yes and maybe! My favorite analogy is that of a mixing board with faders. In Allen’s case, there are 5 things that he wants to do – and let’s assume he does them all well. First things first – we need to take a step back and recognize that he’s done something well enough to convince someone else to pay him to be an engineering assistant, and presumably he’s paying his bills with a job, that is at least related to what he wants to do. Good job, Allen!

With our fader analogy, we’re going to assign each of the things Allen wants to do to a fader. Our goal is to bring up all the faders, and make it sound good. Sometimes Allen might bring a few faders up and leave a few down. It’s possible that he never has them all up at the same time. Right now, you could say that the engineering “fader” is mostly all the way up, and all the others are down – but as Allen has expressed, this is not exactly what he wants to do.

Would it be possible for Allen to bring the producing fader up a bit? Can Allen focus more on producing during the evening and weekends, while he keeps his current job? Does he have after-hours access to the studio? Can he bring artists or other projects in during these times?

What about some of Allen’s other interests? Does he have buddies that he’s in a band with, and can he bring them into the studio? Does he have friends making records elsewhere? Do any of them need songs or musicians? That could cover being a musician, engineer, producer and songwriter.

While Allen might be impatient to make a career switch, we should recognize that his experience as an engineer will be an asset to any other project he enters into. Also, it’s important to note, that since Allen is already otherwise making his living, it’s not essential that he make money from these other activities right away. It’s more important to build his network, credits and track record. For example, it would likely be better for Allen to have produced, engineered and mixed three of his friends bands – and for those to sound awesome, then for him to hold out for too much money and not have produced anyone, thus not having anything for prospective clients to check out.

Which is not to say that Allen should work totally for free (ever!), even for friends. In this era of KickStarter and PledgeMusic, it’s possible for a band to raise some amount of money. Perhaps someone in the band can trade you for professional services like helping to put together a website or helping with PR.

While you may not share Allen’s specific skill set, hopefully you can see what I mean with the fader analogy. I have many creative friends who do quite a few different things really well. Some have decided to focus on one career path and then switch somewhere along the line; others have figured out a way to be more multi-disciplined. Please let me know if you have any comments or have an ideas that have worked for you.

Here are my 5 Tips for Creative People Who Excel at Multiple Things:
1. Pay your rent. You need to be able to cover living expenses, food, etc. If this means taking a day job – do it. For the vast majority of us, we’re much more functional creative humans if we don’t have to worry about day-to-day expenses and where we’re going to sleep at night. Also, make sure you have a solid plan of how to push your creative self forward if it ends up being on the evenings and weekends. Taking care of yourself first isn’t an original idea; it’s basically taken from “Maslow’s Hierarchy of Needs”. To learn more about that, check out: http://www.simplypsychology.org/maslow.html

2. Become a master. Start with one skill that you’re already good at and try to master it. Get help from someone who already does this better than you, whether it’s a formal teacher, a mentor or some learning materials.

3. Choose wisely. There are lots of parts of the recording, audio and music industries that don’t pay the bills, and they can be extremely competitive. Some of these areas feel like a lottery (in fact your chances might be better in some lotteries!). If there is a specific area of the industry that you’re serious about pursuing, make sure you are realistic about your chances, and make alternate plans in case your dream doesn’t bring money in, or doesn’t bring in money right away.

4. Plan for the long game. If you’re planning to be a full-time creative person, especially if you’re living in an expensive creative city, I recommend start with 2 years of living expenses and assuming that you will earn $0 from your creative work.

5. Be flexible. Sometimes a job in your industry that ends up bringing you financial gain or recognition is not the area that you set out to work in. If you end up with a specialty, don’t fight it!

Jerome Rossen is a composer, songwriter and audio producer. He’s also an educator, engineer, writer and professional musician! He usually has only one of his faders all the way up! He is best known as the composer for the Happy Tree Friends. Since 2005, Jerome has scored the music for this animated Internet sensation, recognized as the most-viewed web series of all time, with over 2 billion video views. You can learn more about him at www.freshmademusic.com.